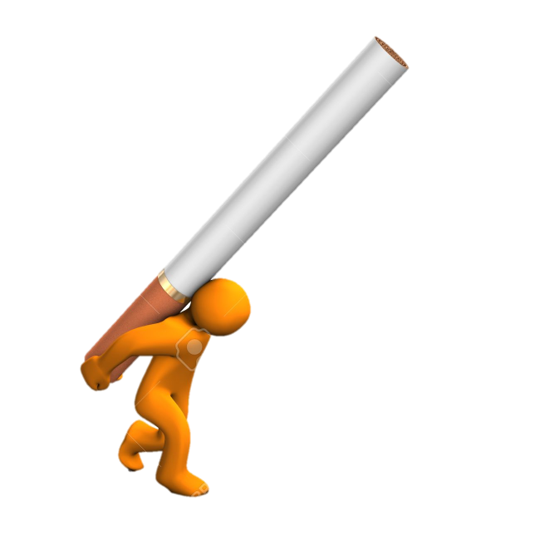 Throwing away the cigarette filter in nature after finishing smoking. In some cultures it seems like a normal daily practice. For many an unconscious act, or considered harmless: it’s made from biobased materials so it can be littered without harming the environtment, right? Wrong. Research results, recently published in the journal Ecotoxicology and Environmental Safety,  indicates that cigarette butts have adverse effects on initial growth of certain grasses and clover.

Cigarette butts or filters are the most littered item on the planet. An estimated 5.6 trillion cigarettes are smoked each year, out of which two thirds are improperly disposed of. That’s [4.5 trillion butts] each year. Since the 1980s, cigarette butts have accounted for 30% to 40% of all litter found in coastal and urban litter clean-ups.

Lead author Dr Dannielle Green – a senior biology lecturer at ARU – told BBC News that “while dropping butts seemed to be “socially acceptable”, they had the ability to “cause serious damage to the environment. Despite being a common sight littering streets and parks worldwide, our study is the first to show the impact of cigarette butts on plants”.

“We found they had a detrimental effect on the germination success and shoot length of both grass and clover, and reduced the root weight of clover by over half. Ryegrass and white clover, the two species we tested, are important forage crops for livestock as well as being commonly found in urban green spaces. These plants support a wealth of biodiversity, even in city parks, and white clover is ecologically important for pollinators and nitrogen fixation.”

She said that the filters can take years, if not decades, to break down

Used filters also contain thousands of chemicals that can kill plants, insects, rodents, fungus and other lifeforms, and some of which are known carcinogens. There are many reports of young children and pet dogs accidentally swallowing cigarette butts, and they’ve even been found in wild animals such as seabirds and turtles. Ingestion can cause vomiting and, in some cases, convulsions. The leachates from cigarette butts can be toxic to aquatic organisms such as bacteria, crustaceans, worms and fish.

Yet despite the prevalence of cigarette butts as litter in our parks and green spaces, our understanding of their effects on life on land is very limited. There are reports that some birds use them to line their nests. The pesticide nicotine is thought to reduce the number of nest ectoparasites, which is beneficial for the birds’ offspring. But this may also reduce their health in the longer term.